The Social Tables Antoniano are a special place for the many families with children who enjoy the Monday evening service. Thanks to them, the space has become a welcoming shelter not only for the body, but for the soul. 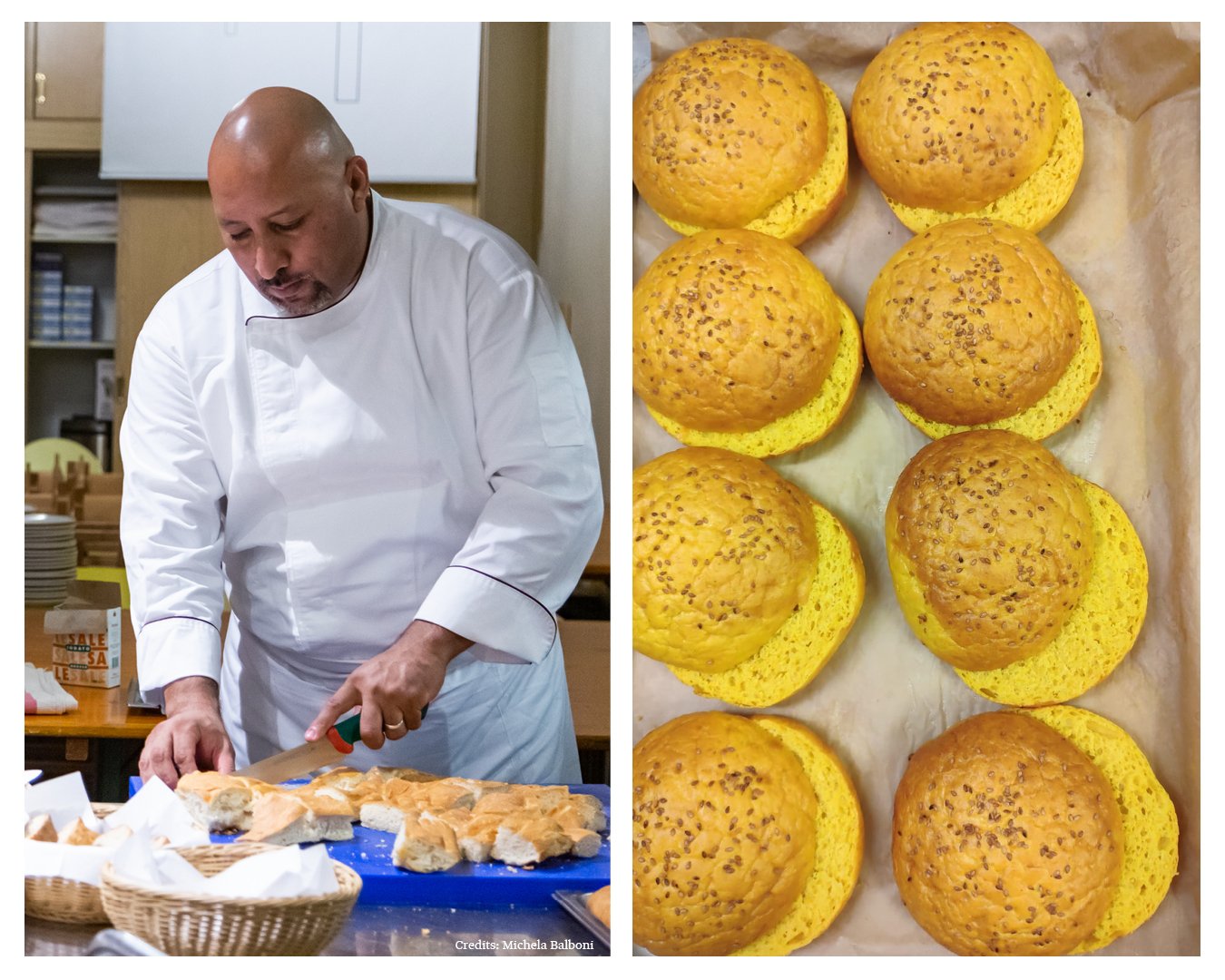 The Social Tables Antoniano are not only a place to eat, but also a space for children and their families to spend time together and play. Thanks to the amazing team of Antoniano and to the many volunteers who support the project, the space in Bologna has become a shelter for people who are in situations of vulnerability and isolation. Balkis, one of the regular guests of the Monday dinner service, is a young Syrian mother who fled her country with her family in search for safety from the war. In Bologna, she found a community and the Social Tables Antoniano became her bigger family.

It’s for her and for the other families at the Social Tables Antoniano that Johnny creates recipes that are good, healthy but also fun and playful…a delicious reminder of the power of food to make people feel safe and at home.

Now regular chef of the project, Johnny himself was once a guest of the Social Tables Antoniano. Born in Peru, Johnny came to Italy with his wife to start a new life, but immediately struggled to find stable employment. Thanks to the support of Food for Soul and Antoniano Onlus, Johnny had the opportunity to join an internship program held by one of the guest chefs who had visited the Social Tables in 2016. Once the internship ended, Johnny was hired by the Antoniano to become the regular chef in charge of the Monday dinner service and to help with the daily lunch service.“The staff of the Antoniano and Food for Soul saved my life,” said Johnny. “In Peru I used to drive cars for living. Now I’m a chef. I would never go back to driving cars even if I was given the chance. The perception I have of myself has changed.”

But Johnny is also an amazing baker and today he decided to share with us the recipe for his famous turmeric bread. He made it specifically for the children by adding a touch of turmeric to the dough.  Imagine how happy the children were when they saw it!

Place the flour on the work surface, leaving a handful for the end, mix it with salt, yeast, malt, oil and turmeric. Add the water in small doses while working. Mix the mixture until a compact mass is obtained.

Leave the dough to rest for about 12 hours.

Spread the dough on a surface, use a glass or a special shape to divide it into small circles, add the seeds. Leave the dough to rest on the work surface for another two hours, then bake at 240 ° for about 20 minutes.